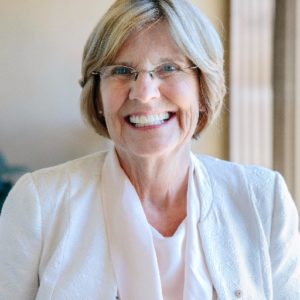 Ms Beazley accepted our invitation to be our inaugural Patron for STEM (Science Technology Engineering and Maths)  in 2018.  Ms Beazley is passionate about science and is a leader in her field.  Ms Beazley has been working closely with us at the college and our Alumni and is regularly seen conversing with students and sharing her wealth of knowledge on topics as diverse as GPS, designer babies, ethics in science, artificial intelligence and driver-less cars.
Ms Beazley is a neuroscientist and educator based in Perth, Western Australia.
Ms Beazley was Chief Scientist of Western Australia from 2006 to 2013. This role involved advising the Western Australian Government on science, innovation, and technology. She acted as an ambassador for science to the public. She serves on the Federal Government’s Bionic Vision Australia and the State Government of Western Australia’s Technology and the Industry Advisory Council. She was a Trustee of the Western Australian Museum from 1999–2006.

In 2009, Ms Beazley was appointed an Officer of the Order of Australia. Later that same year she was elected a Fellow of the Australian Academy of Technological Sciences and Engineering. In 2011, she was inducted into the inaugural Western Australian Women’s Hall of Fame, followed by election as a Fellow of the Australian College of Educators and a Companion of Engineers Australia. She was the second recipient of the Governor’s Award for Giving, in 2012.
In 2014, Ms Beazley was inducted into the Western Australian Science Hall of Fame, and was appointed as Sir Walter Murdoch Distinguished Professor of Science at Murdoch University. She served on the Board of the International Centre for Radio Astronomy Research.
In November 2014, Ms Beazley received the Australian of the Year Award for 2015.
… and Ms Beazley also has a Sea Sponge, found off Rottnest Island, named in her honour – “Minihinea lynbeazleyae”. 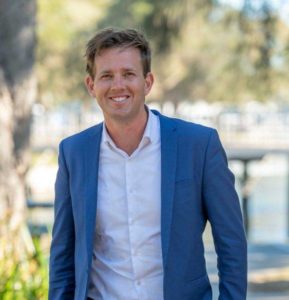 Mayor Rhys Williams was elected as the Mayor of the City of Mandurah in October 2017 and accepted our invitation to become a Patron of the college in 2018.  Mayor Williams has spent his life in Mandurah and is a former student of Halls Head College.
Mayor Williams is an experienced CEO and community leader, overseeing a successful charitable organisation for the past decade. He has worked with more than 100 communities across Australia and internationally, shaping solutions to complex community and economic challenges.
Mayor Williams has the experience, energy and passion to lead the charge in shaping a stronger future for Mandurah.  A journey that is inclusive of the students and school community of Halls Head College.
As the youngest Mayor in the history of the City, Mayor Williams epitomises our school values of Care, Courage and Commitment and our ethos of Learning for Life.

We look forward to working alongside Mayor Williams to create sustainable and inclusive opportunities for our youth and giving our student body a strong voice in shaping the region.